Book Review: Getting Lost (The Island #1) 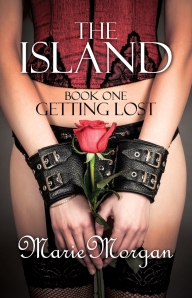 Title: Getting Lost (The Island, Book One)

Cicily Welling lost everything she cared about. On a dangerous path of self-destruction, she finds a website announcing The Island, saying how they can help those with “emotional problems.”

With much trepidation, she fills out the form and clicks submit, launching herself into a world she never knew existed. It all starts with him. He tells her she’ll heal and makes grand promises that she’ll never be a doormat again.

Now, getting lost is the only way she’ll be able to find herself. In this first book of The Island trilogy, Cicily finds out just how delicious getting lost can be.

There’s hot, and then there’s Getting Lost. The book introduces us to Cicily, who’s just gone through a very tragic period in her life – with her family passing away in a car accident, and her boyfriend cheating on her. In an effort to get things together several months later, she signs up for a holiday to an island, promised by some mystery guy that the island will heal her.

For Cicily, letting go of that control proves to be tough. When the King of the island takes special interest in her, she finds herself falling for him.